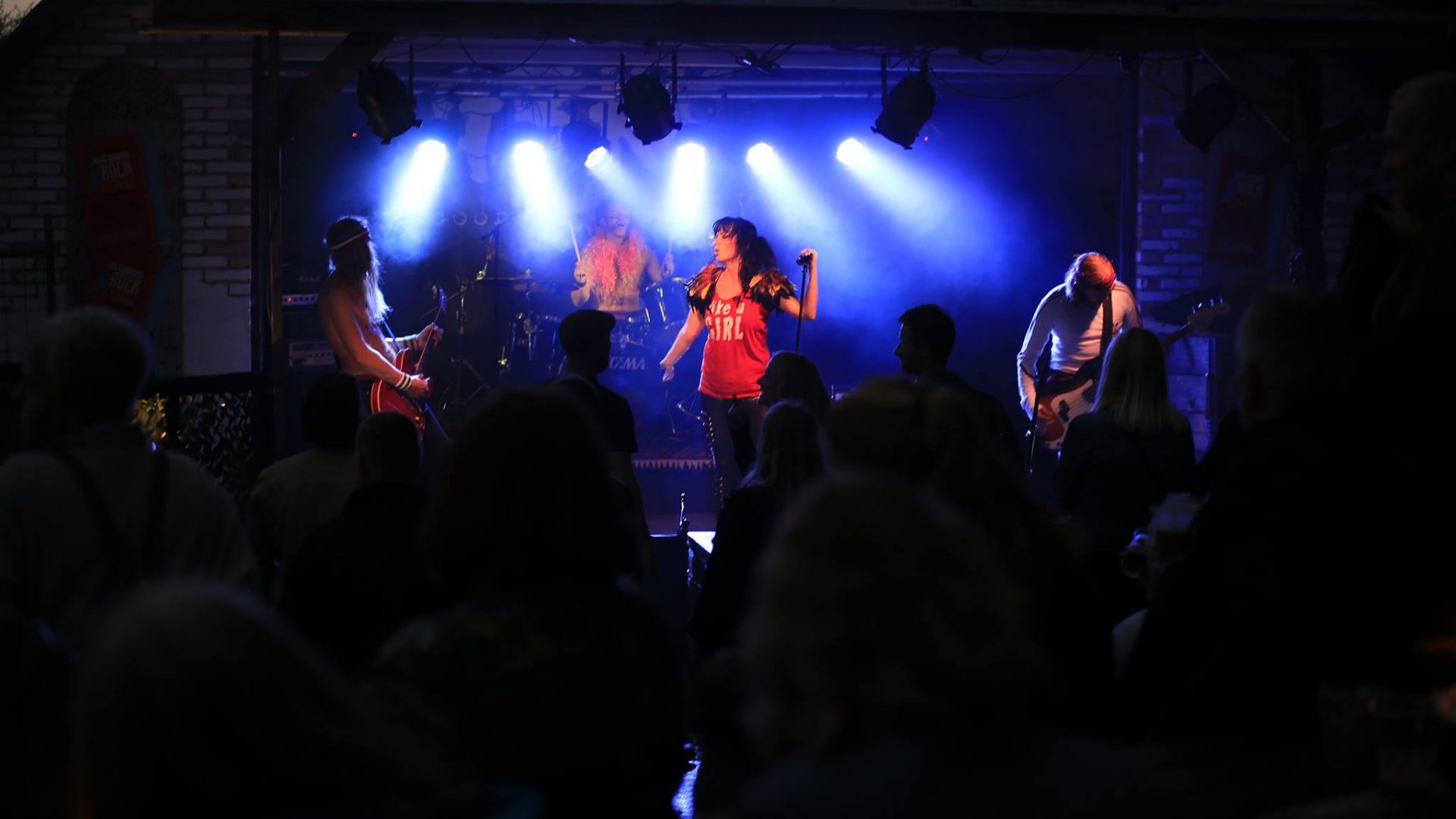 Fueled by dusty roadmovies and quivering energy GOODBYE KITTY K always s…alutes the crowd with intense live shows!!Since the beginning in Copenhagen’s Meat Packing District and the first gig in 2010 GOODBYE KITTY K is now doing shows for an amazing crowd and already supporting big Danish acts such as D-A-D and Supercharger.Fall 2013 was marked with a release of the debut album “SCRAPPED” on CD, iTunes and Amazon followed by singles on various streaming sites!!

Kat van Ville – part Patti Smith, part Jim Morrison – on explosive vocals, together with her brother Wolfman on drums and their great friends Hoff on the fat strings and Westh on guitar have all prepared the ammo for a steam engine of a show!! See you in the pit!!

Once upon a time there was a girl…
With her suitcase packed, she’s ready to go.
Ready to fight face to face in combat,
She is… just… KAT

Same Time on the road in the city of dirt,
WESTH on his six string plays till it hurts.

One man, his bass and his golden attitude,
HOFF joins the squad with a solid salute.

WOLFMAN howls as the sun turns to moon,
Banging on the cowbell like a primal goon.

With her twisted vocal, KAT gets under your skin,
as she drapes each tune with her hunting skill.

Together they hit the dusty road,
Stripping the sound to the marrow of the bone. 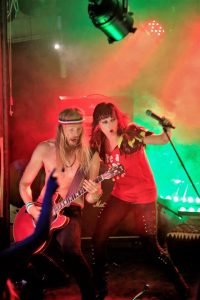 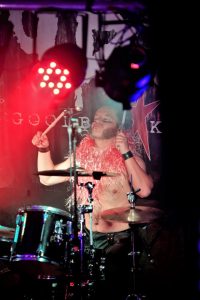 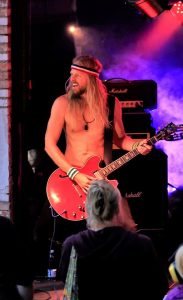